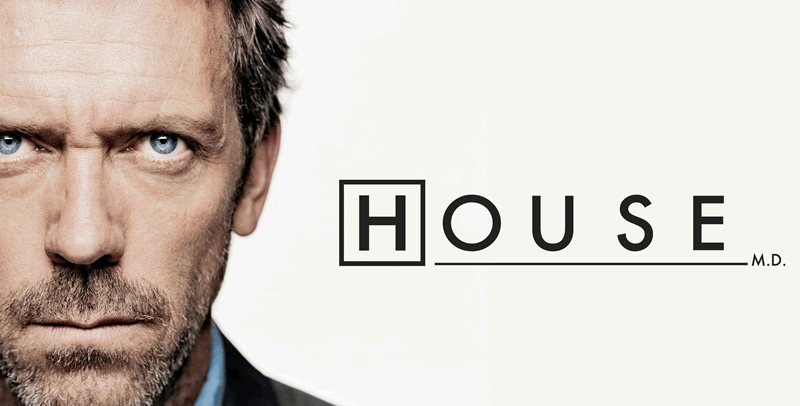 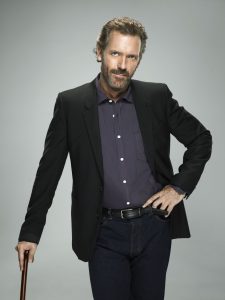 GREG HOUSE, also 38, brilliant but scarred, wields the truth like a sword – and isn’t afraid to cut you. He walks with a cane and pain (the latter he hides, the former he wishes he could). He speaks and thinks quickly – and doesn’t wait for others to catch up. Wilson is his best friend, his only friend – though you’d be hard pressed to describe even this relationship as friendly. As House pops a pill in his mouth (something he does frequently)… 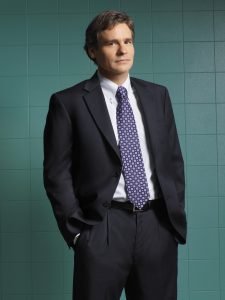 And through this mess comes a 38 year old man, JAMES WILSON. He carries himself with the confidence of one blessed with the power to heal (he also carries a file). His usual purposeful stride has been slowed somewhat so that the man beside him can keep pace. 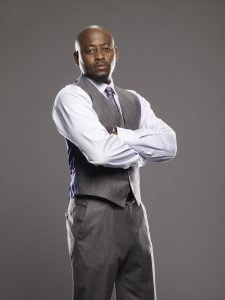 First name was changed from Taylor to Eric. Could be 26, but looks early to mid-thirties in pilot. 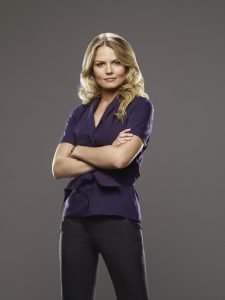 A lot of emphasis is put on Cameron being used like a secretary in the script. In the pilot, Cameron is never singled out like that and although House still admits that she was hired for her looks, the character is portrayed as more competent and confident in the pilot. 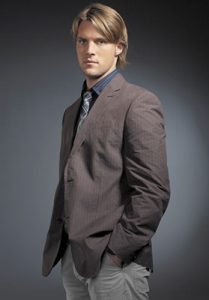 Chase is a bit more outspoken in the screenplay. In the pilot, he is more laid back, but still speaks his mind when it’s important. He also looks younger than the description indicates. 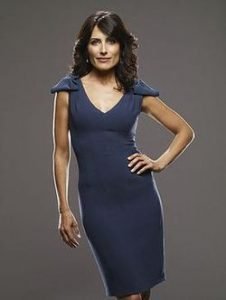 He’s approached by LISA CUDDY, 39, smart, cut, but not sweet. You don’t get to be hospital administrator and dean of medicine by being sweet.

Rebecca Adler passes out in front of her kindergarten class.

The scene of Adler passing out is changed so the other teacher sees and rushes to help.

Rebecca Adler is given an MRI, but she reacts badly to the medicine.

Cuddy cuts House’s authorization until he puts in hours at the clinic.

In the screenplay, it is shown on the screen that 2 months had passed since Adler passed out. When we next see Adler, she is described to have aged dramatically.

In the pilot, Adler only passed out for a short time, and the passage of time is mentioned in the dialogue between House and Wilson. Adler hasn’t aged dramatically and still looks like her normal self despite being sick.

A fly through shot of Boston establishing the hospital’s location.

A scene of Dr. House’s team complaining how boring it is working for him. This scene was specifically for exposition and to introduce the rest of the team, but added nothing new to the story.

Scene of foreman taking swab of DNA from Adler.

Scene of House looking for Cuddy in the reception area is cut. This scene added emphasis that House was angry and looking for Cuddy, but the next scene was in Cuddy’s office so the transition was pointless.

Rebecca Adler is given steroids. After initially feeling better, she gets worse.

House takes on patients in the clinic.

Rob Pritchard, the Orange guy, is described as 35 in the script. He looks much older in the pilot.

Adler’s back story is changed to be about her parents not her grandparents. Her mom died, and her father broke his back.

In the screenplay, after House suggests treating the patient to see if they got the diagnosis correct, Cameron objects. In the pilot, although not happy with the plan, there is no objection from anyone.

Adler peaks through blinds and sees House in the hall and his cane. This wasn’t in the screenplay, but it was added to give Adler a visual impression of House.
Scene of Foreman at the classroom, talking to kids about the class pets. This was added after the scene of Foreman asking Alder about her class was cut. The show used showing instead of telling.
In the screenplay, after Adler starts seizing, Wilson checks her eyes and an orderly comes in. In the pilot, Wilson yells for help and the scene cuts as her heart rate goes flat.

Foreman getting details about class from Adler.

The team determines Rebecca has a tapeworm, but she refuses treatment until there is proof.

Originally Rebecca’s name is Rachel in the screenplay. During the dialogue where Wilson calls the patient the wrong name, he uses Rachel instead of Rebecca.

Establishing shots of the hospital when going from Adler’s house to hospital.

Scene of Cuddy talking to House about Pritchard, telling House he is an important donor to the hospital.

Rebecca is given proof of the tapeworm and accepts treatment. She makes a full recovery.

The solution of providing evidence to Adler is changed from x-raying her brain to x-raying her leg because House guesses there will be a worm in her thigh muscles.

In the screenplay, Chase tells Foreman he came up with the idea from a textbook his father wrote, indicating his father is a famous doctor. In the pilot, this is cut.

Emphasis shot with the song “You can’t always get you want” in the background at the end of the episode.

If you’re planning on writing a medical drama, you better brush up on your medical terminology. For the most part, House is accurate, but there are a few minor details changed. This was probably from the medical consultant they hired once the show was picked up.

House takes the audience inside the body to show what is actually happening. This gives the audience a visual and helps clarify what the doctors are talking about especially if they are using medical jargon. This animated sequence is in the screenplay and is described in the action exactly how you see it.

House pops pill as part of his character trait. It is used throughout the screenplay at different points. However the actor, Hugh Laurie, improvised a few more pill pops that weren’t in the script. If you give a character a trait, make sure its described properly and gives the actor something to do that’s not too distracting.

House hired a team of doctors that he doesn’t use much. There are several scenes and dialogue in the screenplay that elude to that fact. A lot of it adds nothing to the overall story and is cut. The story is about House and although a few things are revealed about each individual doctor on his team, the show doesn’t spend time on them sulking about being bored.

2. Breaking All the rules

There’s a lot of unwritten screenwriting rules mentioned above that House seemingly breaks including describing females as attractive or using “started to walk away”. But that isn’t the only diversion of unwritten rules. As I dove into more medical dramas, the glaring difference between House and the rest is that the show is about House. Other medical dramas have central lead characters, but there are other storylines with other characters as the shows give a bigger picture of the hospital environment. House takes center stage in all storylines and although he has a team, the focus remains on him. Hard to say if this show was a huge success because of how the story revolved around the main character or if Hugh Laurie made the arrogant character extremely likable and everything fell into place.

Some medical terminology was changed, although the outcome of the scenes remained the same.

There was a lot of cut dialogue changes and dialogue swapping between characters. Although the characters do come off somewhat distinct, the scenes of discussing a plan didn’t really differentiate between characters, allowing the lines to be switched.

In the screenplay, Chase suggests doing a brain X-ray because the tapeworm will light up. However since Adler already had an MRI, the solution is changed to Chase suggesting a tapeworm and House suggesting that the most likely place another one would be is in the thigh.